Dicol, the solution to contamination problems

Dicol is a collection extender unique in the market, formulated by Magapor to solve occasional problems of semen contamination .

Added in the collection stage, it guarantees ejaculates are in the best sanitary conditions from the first moment and controls bacterial contamination before the final dilution with the usual Magapor extender.

Dicol’s formula is based on an optimized bactericidal antibiotic combination of synergistic action which complies with European Directives (90/429/CEE). 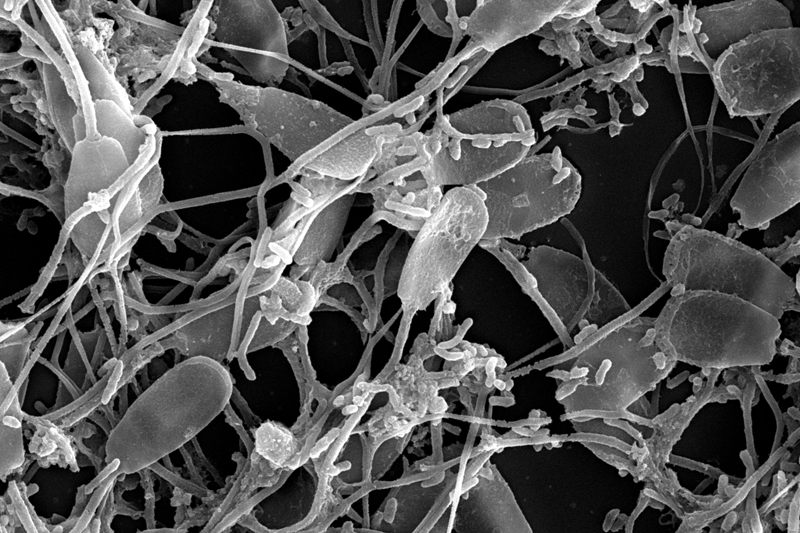 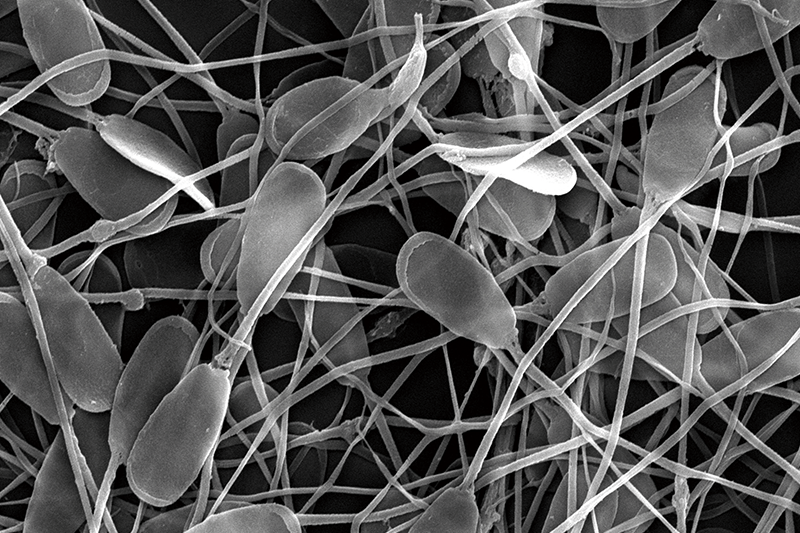 The Effective Solution for Contamination Problems

Dicol has been formulated to solve and prevent severe contamination problems.

Ejaculate contamination may be influenced by multiple factors, but the application of correct hygiene protocols during the collection and preparation of the semen doses may reduce their effect in most cases. Actions as washing the boar’s prepuce, trimming preputial hair or using the double-glove technique are good examples of such measures. Nevertheless, bacterial contamination may also be triggered by the presence of multi-resistant strains in the ejaculates which can seriously affect the quality of the semen doses produced.

The application of sterile processing techniques complemented with the use of Dicol against possible contamination problems, located or not, enhances the sanitary condition and improves the quality of the ejaculates obtained. 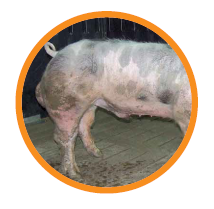 Treatment of occasional contamination or prevention for prone boars. Suitable for preputial washes. 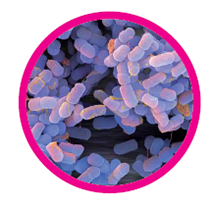 Solution for preventing and treating bacterial strains present on equipment or disposable materials, ensuring doses are produced under sterile conditions until the infection source is found and eliminated . 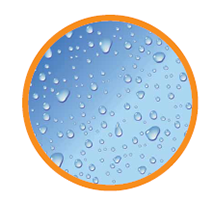 Customer commitment has always been a hallmark of Magapor. Within its continuous improvement policy, Magapor established a Semen Quality Control and Monitoring Plan.

Growing concern with the presence of semen doses contaminated with diverse bacteria (occasionally with multiresistant strains) led us to develop the Dicol concept, which carries out an active and customized fight against bacterial contamination from the moment of collecting the ejaculate.

Dicol acts against a wide range of bacteria, more than 20, including highly resistant strains, such as Serratia spp, Achromobacter spp., Alcaligenes spp or Burkholderia cepacia.

Dicol does not replace the hygiene protocols of the production process of semen doses, but has been designed as a solution to existent problems of contamination.
Dicol was developed taking the MBC (Minimum Bactericidal Concentration) of the antibiotics used in Veterinary Medicine, in relation to the bacterial flora which is known to contaminate ejaculates. The research included five stages, isolated 113 different bacterial genders and tested 29 antibiotics in laboratory and field trials, which yielded the results later confirmed by our customers:
The efficiency of Dicol can be seen in just 30 minutes with the total elimination of bacterial growth.

Our customer commitment leads us to continuous surveillance of our products through tests and field trials, as well as more exhaustive analysis whenever our customers consult us about serious cases or require technical support.

Such was the case of a commercial boar stud with 240 boars housed in two farms and an approximate yearly output of 320,000 doses/year. This multi-breed stud contacted Magapor’s Technical Department when an inner quality control detected an incident in the preservation of their doses. The main symptom observed was a drastic drop of sperm motility at 96 hours.

The stud had three production lines to process and prepare the semen doses. Magapor’s technicians visited the facilities and collected samples of doses obtained from a single boar and processed in two different production lines. They advised to maximize sanitary measures. The motility assessment performed in the laboratory did not find significant differences and semen preservation returned to its usual parameters.

Some months later, the stud informed that the preservation problem had occurred again. A diagnosis protocol was established to find the source, consisting on the analysis of 118 doses processed in the three lines. Sperm motility presented lower values in one of the production lines. The microbiological analysis of the doses treated in such line, as well as some other elements involved in their preparation, were positive for bacterial contamination with the multi-resistant strain Serratia marcescens.

Actions taken:
• Use of Dicol in collected ejaculates til the infection source is located and eliminated.
• Cleaning and disinfection of the equipment in the infected line and sampling of all the facilities for analysis.

Thanks to Dicol, the boar stud was able to supply and serve the needs of its customers without problems

The source of contamination was a biofilm created on one of the devices used for processing the doses due to inadequate cleaning.

The analysis of sperm motility and microbiology in the samples taken after disinfection, apart from the use of Dicol, enabled the stud to restore sperm motility and preserve their doses in time, as a consequence of the elimination of the bacteria Serratia. 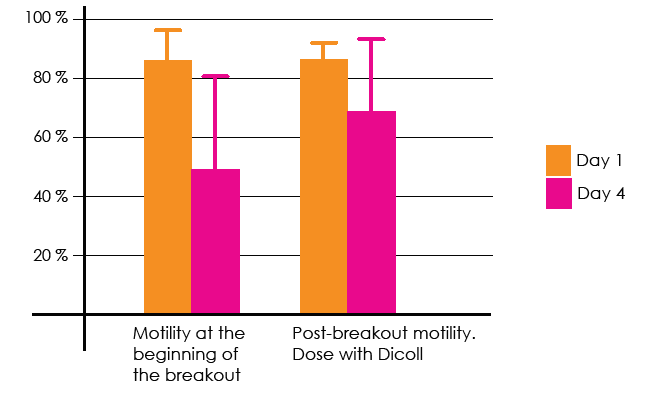